Marion Lane and the Midnight Murder

“A fun read that imbudes a magical experience where I can’t wait for more!” 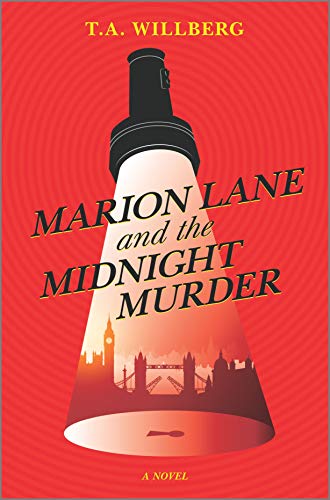 Marion Lane and the Midnight Murder plunges readers into the heart of London, to the secret tunnels that exist far beneath the city streets. There, a mysterious group of detectives recruited for Miss Brickett’s Investigations & Inquiries use their cunning and gadgets to solve crimes that have stumped Scotland Yard.

Late one night in April 1958, a filing assistant at Miss Brickett’s receives a letter of warning, detailing a name, a time, and a place. She goes to investigate but finds the room empty. At the stroke of midnight, she is murdered by a killer she can’t see—her death the only sign she wasn’t alone. It becomes chillingly clear that the person responsible must also work for Miss Brickett’s, making everyone a suspect.

Marion Lane, a first-year Inquirer-in-training, finds herself drawn ever deeper into the investigation. When her friend and colleague is framed for the crime, to clear his name she must sort through the hidden alliances at Miss Brickett’s and secrets dating back to WWII. Masterful, clever and deliciously suspenseful, Marion Lane and the Midnight Murder is a fresh take on the Agatha Christie-style locked-room murder mystery, with an exciting new heroine detective.

I’m going to copy what others have said about this book: it was such a fun read and my only regret is that there isn’t more!

MARION LANE AND THE MIDNIGHT MURDER by T.A. Willberg

Plunged into the depths of underground London in 1958, I was instantly capitivated by both my imagination and my curiosity as I was swept away into a world I wished I were a part of!

I love London, England…I’ve been there numerous times and recently (in my last trip) did a Jack the Ripper tour…and I found myself wondering if any of the streets I’d walked were in this book.

The story was executed brilliantly. There is a whimsical element to the Agathy Christy feel, a haunting whisper of a past that has me wanting more in this world.

Marion Lane as a character is endearing, strong, capable and I couldn’t imagine anyone else being the hero of this story!

I spy with my little eye…something that has my n