“A wild and thrilling journey into Alaska that leaves you breathless.” 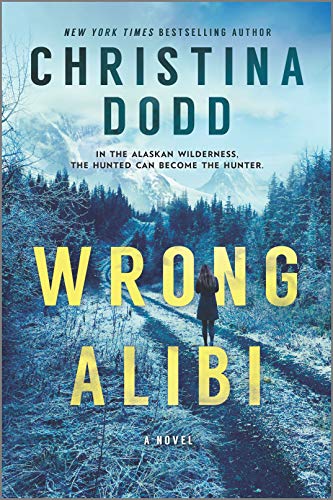 WRONG JOB
Eighteen-year-old Evelyn Jones lands a job in small-town Alaska, working for a man in his isolated mountain home. But her bright hopes for the future are shattered when Donald White disappears, leaving her to face charges of theft, embezzlement—and a brutal double murder. Her protestations of innocence count for nothing. Convicted, she faces life in prison…until fate sends her on the run.

WRONG NAME
Evie’s escape leaves her scarred and in hiding, isolated from her family, working under an alias at a wilderness camp. Bent on justice, intent on recovering her life, she searches for the killer who slaughters without remorse.

WRONG ALIBI
At last, the day comes. Donald White has returned. Evie emerges from hiding; the fugitive becomes the hunter. But in her mind, she hears the whisper of other forces at work. Now Evelyn must untangle the threads of evidence before she’s once again found with blood on her hands: the blood of her own family…

I’ve always been a fan of Christina Dodd. I fell in love with her story telling when it came to her regency romances and love the direction she’s taking even now.

I’ve never been to Alaska…I know it’s beautiful and amazing and if I ever do visit, it will have to be in the summer because this girl does not like the cold!

And cold is what you get when you start this book…it begins in the middle of a storm and you know right from the beginning that Evie is a strong, capable woman who can handle whatever life throws her way…even if it’s murder.

This was a book I read quickly, in one night when I couldn’t sleep. It was twisty, haunting and emotional all wrapped in a setting that left me with shivers – in a good way!

I have a tendency to think I can do it all, that a