“Twisted and deceptively revealing, Dark Corners is a story that shines a spotlight on the dark current we live in today.” 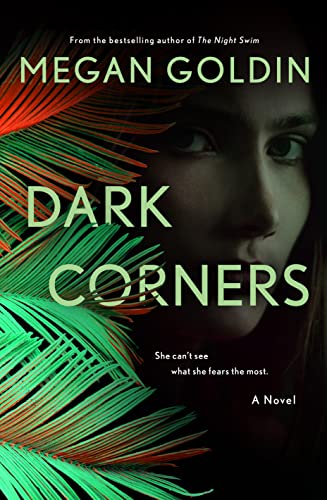 Terence Bailey is about to be released from prison for breaking and entering, though investigators have long suspected him in the murders of six women. As his freedom approaches, Bailey gets a surprise visit from Maddison Logan, a hot, young influencer with a huge social media following. Hours later, Maddison disappears, and police suspect she’s been kidnapped—or worse. Is Maddison’s disappearance connected to her visit to Bailey? Why was she visiting him in the first place?

When they hit a wall in the investigation, the FBI reluctantly asks for Rachel’s help in finding the missing influencer. Maddison seems only to exist on social media; she has no family, no friends, and other than in her posts, most people have never seen her. Who is she, really? Using a fake Instagram account, Rachel Krall goes undercover to BuzzCon, a popular influencer conference, where she discovers a world of fierce rivalry that may have turned lethal.

When police find the body of a woman with a tattoo of a snake eating its tail, the FBI must consider a chilling possibility: Bailey has an accomplice on the outside and a dangerous obsession with influencers, including Rachel Krell herself. Suddenly a target of a monster hiding in plain sight, Rachel is forced to confront the very real dangers that lurk in the dark corners of the internet.

This is my third novel by Megan Goldin, so I think it’s safe to say I quite like her writing style.

I loved that we get to know more about Rachel Krall in this story, that we go deeper into her character and her backstory.

I especially enjoyed just how ‘on topic’ this book is: podcasts, influencers and how quick people are to judge.

Dark Corners is a story that fully embraces it’s genre. There are twists, darker dynamics (which I’ve come to embrace with Megan Goldin’s books), and it holds a spotlight upon a cultural dynamic happening within today’s society.

If you’re ready for a read that will compel you to turn pages and lose sleep, then yes, I highly recommend you grab this one!