Between You and Me

“A beautiful, twisted journey into the complexities of relationships!” 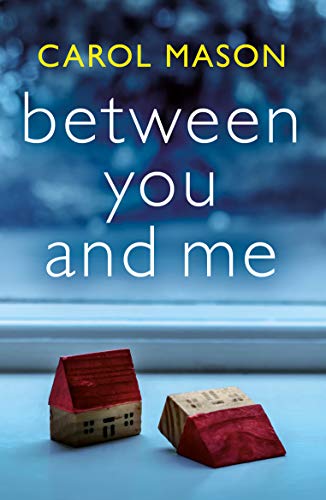 Is her new husband really who she thinks he is?

When young doctor Lauren Matheson meets Joe, an older divorced businessman, at a glittering poolside in California, it’s a chance encounter that seems life-changing for them both. Back home in London, their feelings only strengthen. But Lauren soon discovers that building a happy future with Joe is going to be an uphill struggle…

She’s determined to be a good stepmother to his children, four-year-old Toby and complicated teen Grace. But under the watchful eye of Meredith, Joe’s intimidating ex-wife, Lauren can’t seem to do a thing right. Why won’t Joe ever take her side against Grace? And what really happened between him and Meredith?

As her husband retreats into a cold, secretive version of the dashing man she met in California, Lauren starts to wonder if she’s made a costly mistake. Was Joe ever the man she thought she married?

From the very first page, I knew I was going to enjoy this story. I expected it to be a different story than what I read, but after realizing it wasn’t going in the direction I thought it would, I enjoyed the read.

I especially enjoyed each character and their arc and kept turning the pages wanting to know where I was being led.

Between you and me by Carol Mason

I will admit that I expected more – more tension, more twists, more discovery. I expected something sinister to happen between the text messages between two of the characters, more than just a different identity being revealed, and I was being led down the path of a twist with the husband only to have there be nothing twisty about it.

For fans of thrillers or psych suspense, this isn’t that book. However, if you love a dark women’s fiction – you are going to love this!