The Book of Hidden Wonders

“Beautiful. Haunting. Deceptively deep with a hint of whimsical. This debut is pure magic!” 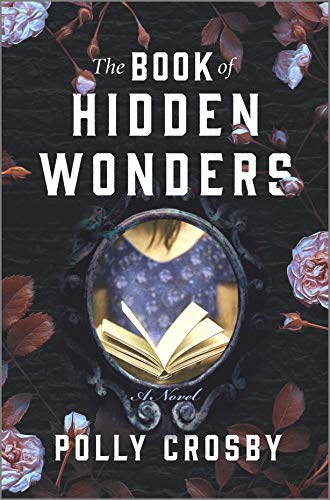 A charming, deeply imaginative debut novel about a young girl who is immortalized in her father’s illustrated books containing clues to their family secrets.

Romilly Kemp and her eccentric painter father have happy but sheltered lives in a ramshackle mansion in the English countryside. When her father finds fame with a series of children’s books starring Romilly as the main character, everything changes: exotic foods appear on the table, her father appears on TV and strangers appear at their door, convinced the books will lead them to a precious prize.

It’s been a while since a story that isn’t a thriller has captured my attention. I had a feeling this story would be special, just from the description, but I wasn’t prepared for how captivating, haunting and beautiful this story is.

This will be one that I buy for my bookshelf and pull out when some asks for a recommendation.

This is the debut novel for Polly Crosby, which means only one thing: you’ll be adding her to your list of auto-buys and will be actively seeking when her next novel comes out.

THE BOOK OF HIDDEN WONDERS by POLLY CROSBY

I’ve been trying to think about why this book is so special, why I couldn’t wait to keep reading it late at night when it was finally ‘my time’ to relax.

Maybe it was the hidden story, the one threaded all throughout, the clues, the rifts, the questions that hovered, just out of reach that had me wanting to read this story each night.

Whatever the reason, I’m so glad that I read this story, that I’m now one of the ‘treasure hunters’ and that the gold I found at the end is priceless.